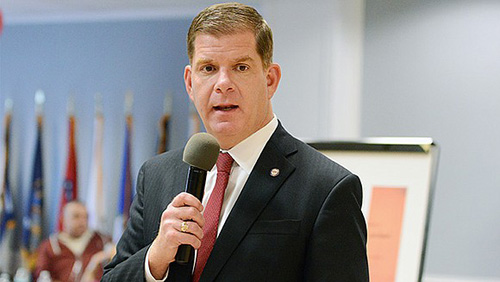 Re. the bill that was supposedly NOT written by Walsh’s office… “According to the bill’s lead sponsor, Rep. Alice Peisch, Walsh supplied the text and she filed it at his request. “This particular bill I filed at the request of the mayor of Boston, which is a common practice as a courtesy. I filed exactly what his office sent to me,” Peisch said.